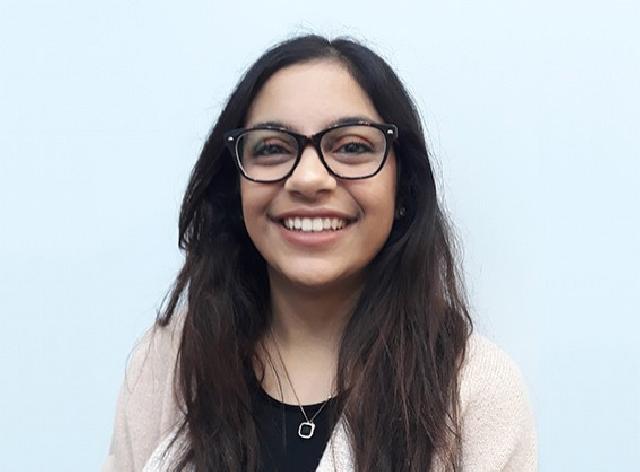 Visram joined the Chartway Group in September 2017 after finishing her A-levels at St Simon Stock School in Maidstone and taking the decision not to go on to university. She took up her apprenticeship in the projects department at the company whilst studying for a Level 2 qualification at Mid Kent College one day a week.

Now appointed to the full-time role of Projects Assistant, Visram will continue to work alongside Chartway Projects Director, Tim Mcloughlin, helping with the preparation of tender packs and project hand-over packs, including Home Users Guides, health and safety files and resident packs.

Chartway Group employs around 165 staff from its base in Coxheath Kent, providing services in both the private residential housing market through its Westerhill Homes brand and one-stop construction service to clients, including housing associations and private developers.

Chartway Group, which has seen unprecedented growth since it was founded in 2009, has three times appeared in The Sunday Times Virgin Fast Track 100 league table, which ranks Britain’s private companies with the fastest-growing sales, as well as gaining its fourth appearance in the KM Mega Growth list and appearing for the third time in the London Stock Exchange’s annual 1000 Companies to Inspire Britain report earlier this year.

A raft of deals has contributed to the company’s strong growth, including a lakeside village under development at Conningbrook Lakes in Ashford, the regeneration of key plots in Rochester’s Corporation Street, the redevelopment of the former Ashford College site and the continued build at Heron Fields in Sittingbourne, Kent.

Maya Visram, Projects Assistant at Chartway Group, said: “My apprenticeship gave me an excellent foundation and understanding of the business across all its areas of operations. I have gained valuable, hands-on experience in the workplace whilst being mentored and supported by the experienced team at Chartway Group. I look forward to continuing to develop my skills and abilities and hope to work towards becoming a project manager in the future.”

Chartway Group Projects Director, Tim McLoughlin, said: “Maya proved herself to be an able student during her apprenticeship, and we’re delighted to welcome her to the team. Chartway Group is committed to helping to bridge the skills gap in the construction sector as well as to encouraging females to consider careers in the construction industry and our apprenticeship programme as an important step in achieving those ambitions.”