Covid-19 update: We are open by appointment, click here for further details. 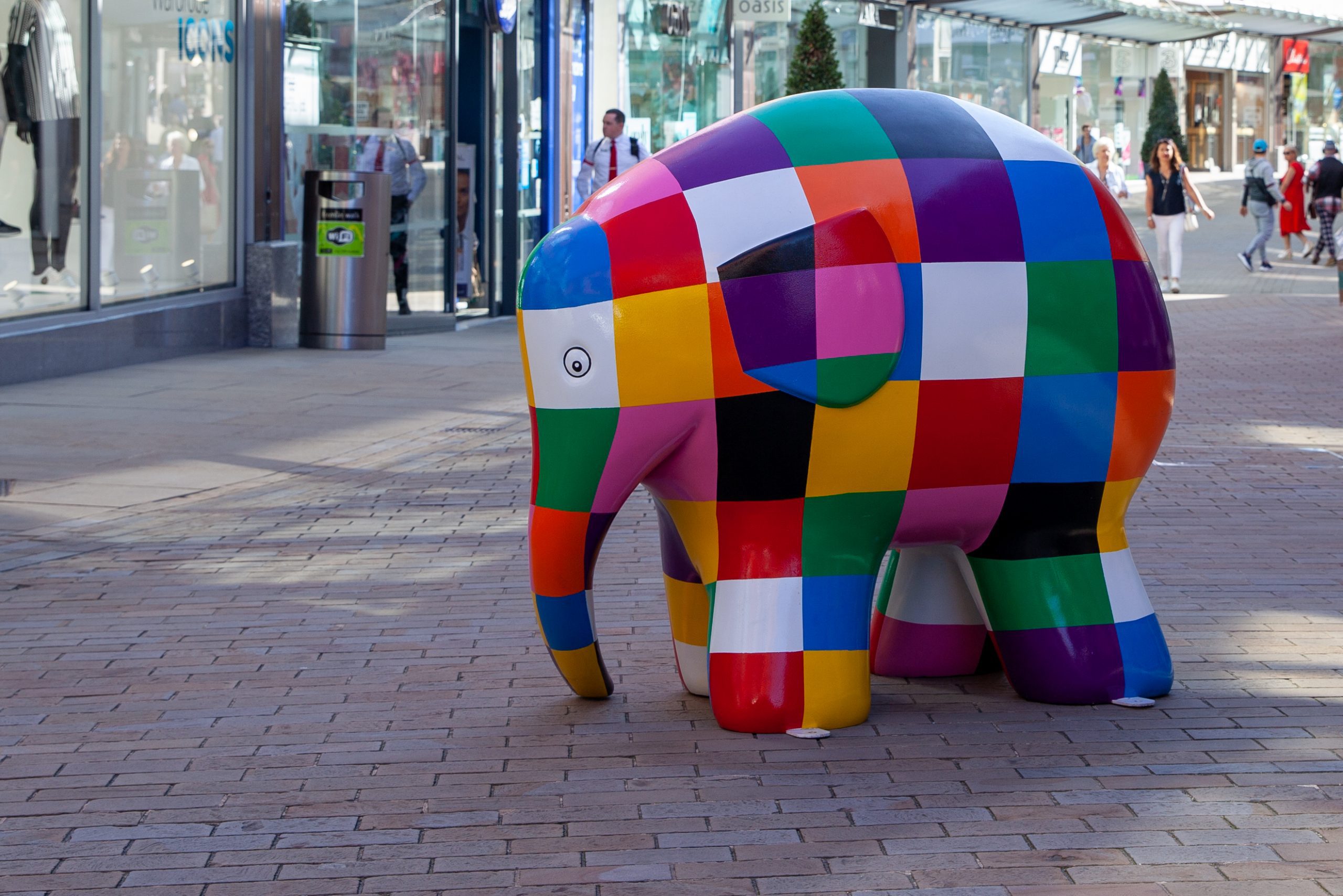 Here’s a little update on Elmer’s Big Heart of Kent Parade which took place in Maidstone this summer, and we were the Presenting Partner!
*The stats are in, and we think they are incredible.

The trail was enjoyed by 230,979 visitors, 61% of them spending 4 or more days in the area finding all the Elmers, and the Parade had a total economic impact of just over £7 million.

19,032 miles were recorded on the App pedometer by visitors on the trail, two thirds of whom were from Maidstone.

Over 10,000 trail maps were distributed and the trail app had 10,377 downloads enabling visitors to unlock rewards and see how many Elmers they had found.

As well as the visitors to the Parade, the event increased awareness of the Hospice and an incredible £312,750 was raised from the sale of the 51 large Elmers.

‘Congratulations to the Heart of Kent Hospice team, the statistics for the Parade are exceptional and we are immensely proud to have been the Presenting Partner Elmer’s Big Heart of Kent Parade this summer. We are firm believers in supporting the local community and contributing to the local economy. On top of this the event was a spectacle of colour and creativity on the streets on Maidstone, and it’s wonderful to know that so many people enjoyed being a part of it’ says Ian Savage, CEO Westerhill Homes.

Visit elmermaidstone.co.uk for the more information.

*Stats provided by Wild in Art from a commissioned survey.